Oasis in Newport & Beyond 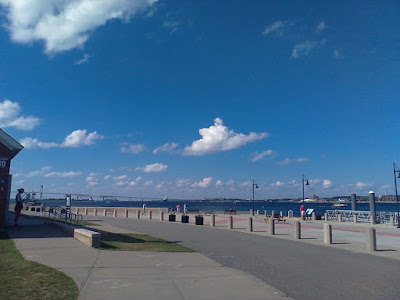 On Tuesday, August 11, and Wednesday, August 12, I visited Rhode Island for another leg of the ongoing "Oasis" book tour.  I stayed in Newport -- located on what was originally called "Rhode Island" (now Aquidneck), for which the state was named.
On Day 1, after landing at T.F. Green Airport, I stopped by the Smithfield Barnes & Noble to sign copies of "Oasis," then somehow managed to make my way to the Cathedral of Saints Peter and Paul in Providence in the midst of driving rains. (After noon mass, I ran into a Relevant Radio listener!) Next up: Warwick Barnes & Noble, the state's anchor store, where I signed 10 copies of my book.

Then it was on to Newport -- lovely Newport! -- and a wonderful two days including two meetings, the first over a three hour dinner at The Black Pearl on Banister's Wharf, Tuesday evening, after the rain had stopped, at the end of which another of my books was green-lit by a publisher; the other over lunch at The Mooring on Wednesday, August 12, when my mother, Claire, to whom I dedicated "Oasis," would have turned 83. 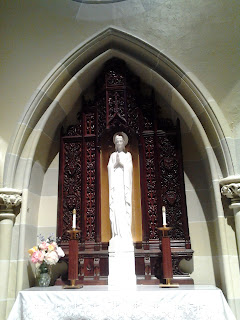 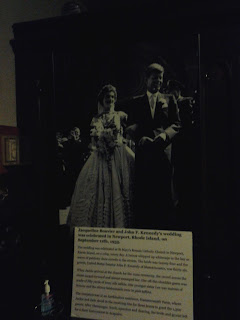 After lunch at The Mooring, I headed for the Newport Barnes & Noble (technically in Middletown), where my friend and Wellesley classmate Mary Baker Wiley came out to show her support! 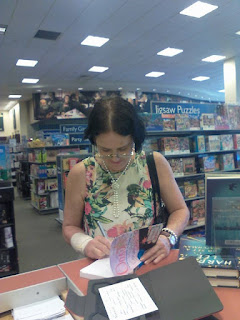 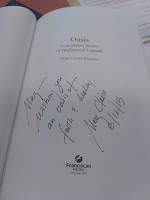 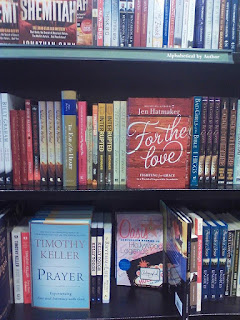 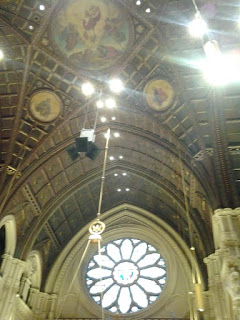 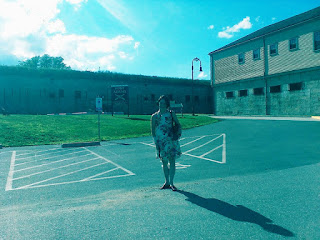 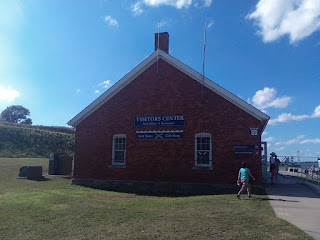 After wrapping up business shortly after 3 PM on Day 2, I took a 1.5 hour driving tour -- starting with Bellevue Avenue and its grandiose mansions, the most condensed collection in America, including the Vanderbilt's Marble House and the Nevada silver heiress Theresa Fair Oelrichs'  Rosecliff, where scenes from The Great Gatsby (2012), among other classic cinema, were filmed. (The previous owner, diplomat George Bancroft, developed the American Beauty rose, the Washington, D.C. flower!) Next it was down renowned Ocean Drive, which snakes along Narragansett Bay for 10 miles. (I turned around at Brenton State Park lest I miss my plane, given the cars poking along to take it all in!) Then it was back to Bellevue and down Ruggles to Fort Adams, the largest coastal fortification in North America.


After last photo (above) was taken at 4:30 PM on Wednesday, August 12, it was time to return to T.F. Green Airport for the trip back to Washington!

On Thursday, August 20, I travel to the Big Apple for two radio interviews at Sirius XM on that evening -- "Busted Halo" at 8 PM; and "The David Webb Show" at 10 PM.  On Friday, August 21, I will be visiting three Barnes & Nobles -- Union Square, Fifth Avenue and the Upper East Side.